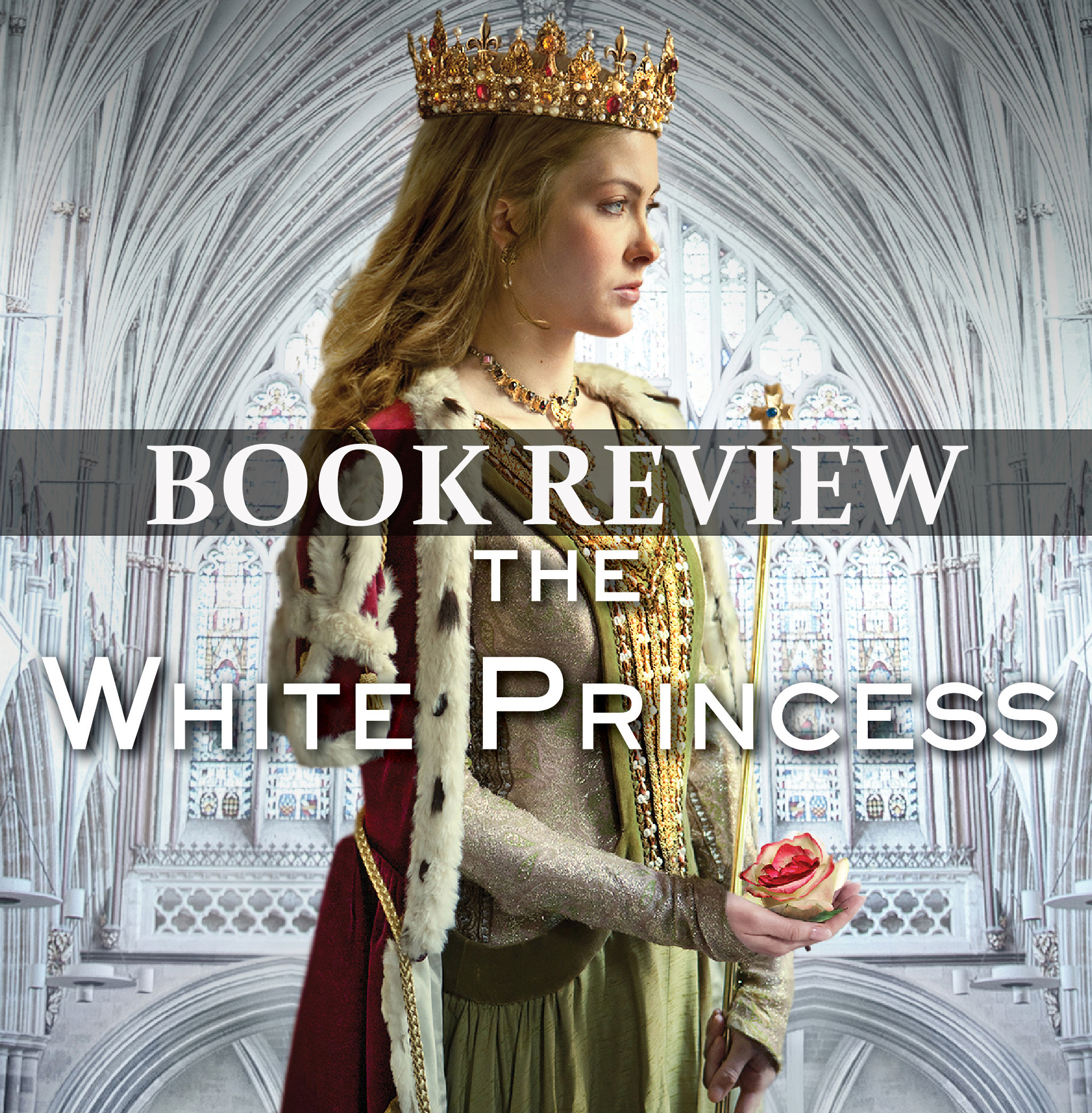 As you might have guessed from my previous Tudor book reviews, I’m not a big reader of historical fiction, but with the upcoming Starz series based on “The White Princess” set to premiere on April 16, 2017 (view trailer below), I couldn’t resist picking up this book to see how King Henry VII and Queen Elizabeth of York are portrayed.

Author Philippa Gregory has written more than a dozen novels centered around the Tudors and the Wars of the Roses, which she has coined “the Cousins’ War”. She published “The White Princess” in 2013 as book #5 of the Cousins’ War series and it follows the story of Princess Elizabeth of York, daughter of King Edward IV and niece of King Richard III. After King Richard lost the crown to Henry Tudor at the Battle of Bosworth in 1485, Princess Elizabeth was forced to put aside her York alliance and marry Lancastrian Henry Tudor in order to form the new Tudor dynasty which would come to rule England for the next 118 years.

Gregory’s “The White Princess” novel fell short for me compared to her bestselling novel “The Other Boleyn Girl” which gave readers a juicy, behind-the-scenes look at the life of Anne Boleyn as she awaited Henry’s divorce from Katherine of Aragon. Of course, the juicy details that I refer to are courtesy of the author’s imagination and are not based on actual historical facts, other than dates and names. With “The White Princess”, the author took even greater liberties by portraying King Henry VII as a selfish, cruel, and abusive husband to Elizabeth. In fact, there is little documentation describing the exact nature of their relationship but we do have a few accounts that suggest they had a warm and loving marriage. One such record describes how the king and queen took turns consoling each other when their eldest son Arthur died unexpectedly in 1502 and when Elizabeth herself died the following year, King Henry was devastated and never remarried.

There are other parts of the story that were contrary to what I believe but the author is a known Ricardian so it really shouldn’t be surprising that she paints King Henry in such a negative light. It is surprising, however, that her lead character Elizabeth is made to be such a weak and powerless queen. She made no attempt to insert herself into politics and her dialogue had “I don’t know” as her most common response to any question from any character. Even her husband berates her for saying “I don’t know” too often. She was content to go where her family or husband sent her and didn’t even balk when the pretender Perkin Warbeck was brought to court and she discovered it was her brother Richard, the younger of the two missing princes in the Tower.

On the flipside, I was intrigued with the author’s reason for the long delay in marrying the Princess Elizabeth. Historically, it is said that King Henry is too busy establishing his new government and securing his throne to marry Elizabeth and have her coronated. It is also well-known that Henry wanted to be considered worthy of the throne on his own accord without the marriage to the Yorkist princess. Gregory’s story is slightly different. She writes that Henry wanted to make sure Elizabeth was fertile before he married her and that would explain why they had a rushed marriage in January 1486 followed by the birth of Arthur just eight months later.

If you are a reader who is interested in the lighter side of Tudor history, specifically historical fiction, you should find this a quick and easy read that is entertaining enough. Historical nonfiction readers who are well-versed in Tudor history will likely have a hard time accepting Gregory’s version of this story, unless of course you consider yourself a Ricardian and in that case, you will be delighted with the author’s interpretation.