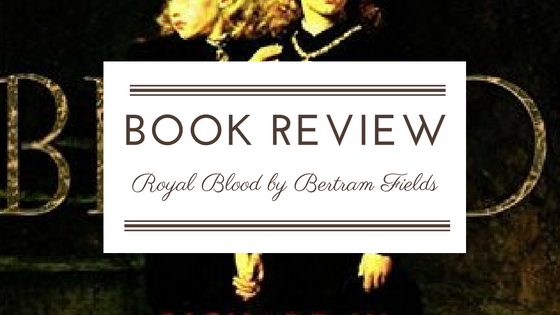 Book Review: Royal Blood-Richard III and the Mystery of the Princes by Bertram Fields

If you’re like me, you get frustrated when you buy a new Tudor history book hoping for an honest, balanced take on Richard III, but instead you get an author who is very clearly either a Ricardian or pro-Tudor. It’s quite hard to take a personal position on the matter when one reads materials which are so obviously slanted one way or the other.

In this pragmatic, eye-opening book by Bertram Fields, I feel like I finally got a truly unbiased approach, not only for the princes in the Tower but also the other mysteries that surrounded Richard III, including:

Bertram Fields is a lawyer by profession and he takes a courtroom approach by exploring the arguments on each side and weighing the evidence. Examining Richard III as if he was on trial for the murder of the princes, the author examines Richard’s motive, opportunity, means, and proclivity. He acknowledges that what makes the mystery so difficult to solve is that the facts are not known and what we do know has been passed down through the ages, including exaggerations and outright lies that were told to fit each sides’ agendas.

I especially liked chapter two where the author examines the sources and chroniclers one-by-one to expose their biases. This information is very valuable to those of us trying to make our own determinations of what happened, not just in the case of Richard III but really all Tudor-era history. However, Fields spends an inordinate amount of time skewering the work of Alison Weir (she appears in 36 of his 312 pages). I don’t disagree with his take on Weir’s analysis but it does feel like she was rather unfairly singled out.

So where does Mr. Fields fall on the Tudor/Ricardian spectrum? I won’t spoil the ending for you, it’s too fun of a book to read all the way through. You’ll find yourself buying in completely to the author’s logical conclusions, to the point where you might question your own stance on the mystery of the princes in the Tower. Which is really what we all want in a good murder-mystery after all.