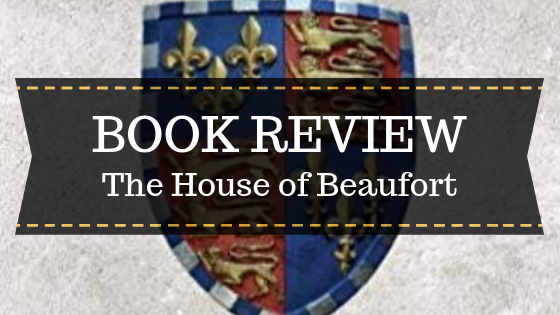 Book Review: The House of Beaufort: The Bastard Line that Captured the Crown by Nathen Amin

For Tudor lovers, there are a plethora of books available about the Wars of the Roses, the rise of the Tudor dynasty, and the reigns of King Henry VIII and his daughter Queen Elizabeth I. Less material exists on a few precursor subjects such as Henry VI, Henry VII and especially the Beauforts in which Henry Tudor’s claim to the throne was based. Without Beaufort blood running through his veins, Henry Tudor would have had absolutely no part in the line of succession and the Tudor dynasty never would have existed.

I have read nearly 100 books on the Wars of the Roses and the reign of the Tudors and in all of these books, the Beauforts were interwoven among the stories of the kings, queens, dukes, and earls, but always treated as minor characters…until now. Nathen Amin’s fabulous book focuses specifically on the triumphs and failures of the Beaufort family through two centuries of loyal service to the kings of England and to the Lancastrian branch of the royal family. Nathen writes that he “hopes this book will finally bring the family out of the shadow of kings to stand alone as one of England’s mightiest dynasties” and without a doubt he has achieved his goal.

The Beaufort family was born out of an adulterous relationship between John of Gaunt and his mistress Katherine Swynford. John of Gaunt was the third surviving son of King Edward III and as such received massive amounts of titles, land, and riches, including the duchy of Lancaster. He was the mightiest prince in the kingdom during his father’s reign as well as the successive reign of his nephew Richard II. Although he was espoused twice in politically advantageous marriages (to Blanche of Lancaster and Constance of Castile), it was his mistress Katherine Swynford that he truly loved. The two were together for more than 20 years and produced four children between 1372 and 1379: John, Henry, Thomas, and Joan. Due to the fact that the children were illegitimate, they could not take the name of either of their parents so instead Gaunt bestowed on them the name of one of his French land holdings, a chateau called Beaufort in the north-eastern region of France. When Gaunt’s second wife died, he made the bold and rather unpopular move of marrying his mistress Katherine and petitioned the Pope to legitimize their children which was completed in 1397. This paved the way for his children to be brought into the fold of the royal family which gave them nearly unlimited possibilities of career and marriage options.

Gaunt’s children took full advantage of their new status and it was clear this ambitious family had big plans for themselves:

Any hardcore Tudor fan will love this book and the depth of information it provides on the very important but often neglected Beauforts. I specifically love reading Tudor non-fiction and this is one of the most informative and most readable books I have ever encountered. Nathen’s writing style is very fluid and easy to comprehend. He doesn’t succumb to the trappings of a highly academic book which can be heavy and boring to trudge through. Yet his book is highly researched as you can tell by his extensive bibliography. I thought I knew nearly everything there was to know about this time period but there were several passages where Nathen brought about new evidence or new interpretations. I like how he contrasts different reports, chronicles, and writers to discern what was most likely to be the truth. He presents the facts and then draws the most logical conclusion in an unbiased manner.

Nathen is a very talented writer and I cannot recommend this book enough to Tudor lovers. I look forward to reading Nathen’s future books. According to his website he is currently working on his fourth book entitled “Pretenders to the Tudor Crown” which is due to be released some time in 2019.