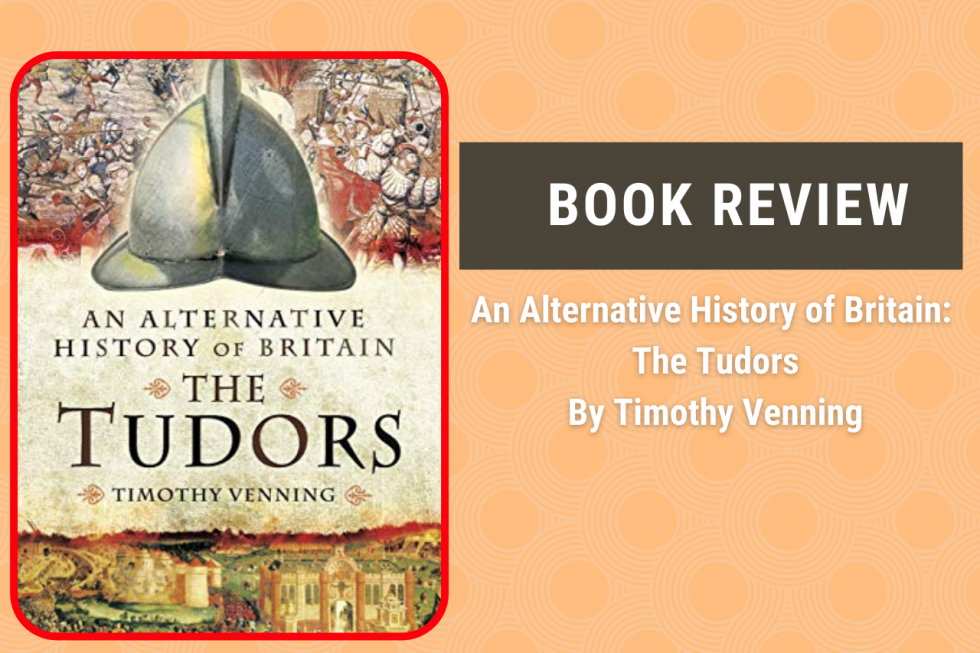 Book Review: An Alternative History of Britain, The Tudors by Timothy Venning

Have you ever wondered what would have happened if…

…The Lambert Simnel or Perkin Warbeck rebellions had been successful in overthrowing King Henry VII?

…Arthur survived and became King of England instead of his brother Henry VIII?

In his book An Alternative History of Britain, The Tudors, author Timothy Venning aims to answer these burning questions and many more about the Tudor Dynasty. Mr. Venning’s book was published by Pen & Sword Books in 2014 and comes in at 240 pages.

One of the things I liked most about this book was the way in which it was organized. Each chapter covers a general topic and within each chapter the author addresses each “what if” in it’s own section. This allows the reader to skip around in the book, reading the sections that are most interesting to them, almost like a book of short stories.

I also liked how the author provided lots of detailed background before answering each “what if” question. For example, with the question “Would Henry VIII had an easier time getting a divorce from a different pope?”, Venning describes what was happening in the Papacy at that time, beginning with King Francis’ capture at Pavia in 1525, the imperial army’s sacking of Rome taking the Pope hostage, the ties between Holy Roman Emperor Charles and the papacy, Campeggio’s prolonged stay in England, and Henry’s various attempts at bending the Pope to his own will.

The one thing I will caution readers about is the level of Tudor knowledge needed to fully grasp this book. It is not a Tudor entry-level book. This book is geared more towards Tudor lovers who have a basic grasp of the facts and would like to dig deeper. For experienced Tudor readers, I whole heartedly recommend this book as it provides a lot of details and really makes the reader think “what if”.