Hi, I’m Michele Morrical and I’d like to thank you for visiting my Tudor blog! 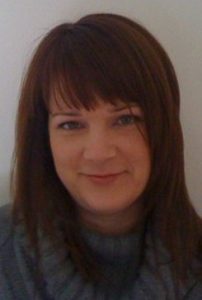 I am probably the most unlikely person ever to become an expert in the Tudor Dynasty and the Wars of the Roses. I’m a Gen-X’er from the States (specifically Indiana) who builds websites for a living. My first exposure to the Tudors was through the Showtime television series The Tudors and I was immediately hooked. I thought it was so fantastic and if it was really true, this stuff was better than soap operas. So that led me on a mission to find out what was true and what was made up. I read book after book and was fascinated by the stories not just of the Tudors but of earlier British kings and their queens. The more I read, the more I wanted to read, and I felt compelled to tell these stories to others, stories that are so much better than fiction.

About four years and 100+ books later, my passion for telling these true stories is as strong as ever. In addition to my Tudor History website, I am also writing a book on the often criticized Henry VII, the godfather of the Tudor dynasty, who endured a tumultuous childhood to emerge as king of the British realm and unite the divided houses of York and Lancaster. I hope to publish it in Fall 2017.